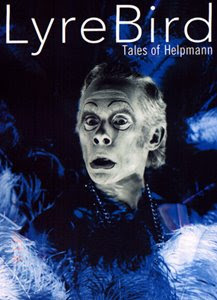 I am very excited about the opening of Lyrebird Tales Of Helpmann this coming Thursday February 5 through the 22nd at our neighborhood venue, the Sierra2 24TH Street Theatre. When I read the reviews about Coppin's show, I couldn't wait to see it. 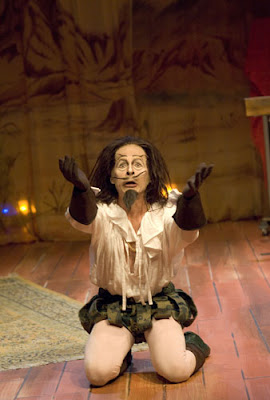 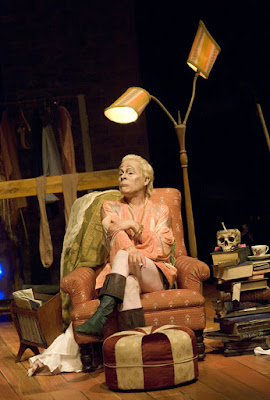 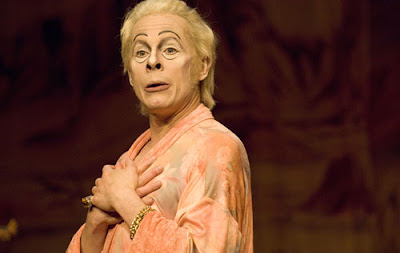 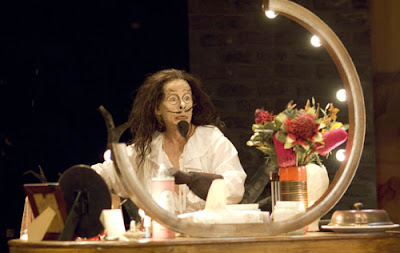 
[A short clip which includes the reviews]
[The smoking of herbal cigarettes and the use of aerosol spray (air freshener) is an integral part of the performance. The show is recommended for mature audiences.] 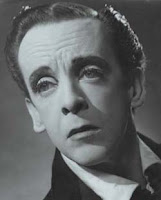 The story is about the life and career of Australian dancer, actor, director and choreographer Sir Robert Helpmann.
Born Robert Murray Helpman (1909 - 1986) he added the extra 'n' to avoid his name having 13 letters, at the suggestion of Anna Pavlova, who was a devotee of numerology. he was one of Australia’s first true stars. His achievements were stupendous, and he had delighted, amused and moved hundreds of thousands who saw him on stage or screen. He was born in Mount Gambier and also boarded at Prince Alfred College in Adelaide, South Australia. In the early 1930’s he left Australia for England to pursue his dream, soon to become a leading figure in ballet and theatre worldwide. He had played a vital part in the Royal Ballet in England - for many years he was the ballet partner of Margot Fonteyn - and had been instrumental in setting The Australian Ballet on its feet. In his early years he’d make even the smallest parts appear to be the lead by his wit, panache and make-up techniques. 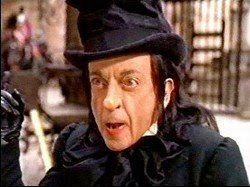 For me,Helpmann will always be remembered for his role in the 1968 family classic "Chitty Chitty Bang Bang" where he played the villainous child catcher("I smell chiiiiilllldren")
Helpmann was also a controversial figure with a strange but fantastic personality. Although he learned early on to disregard the opinions of others, and by so doing would forge his own path, he received an abundance of criticism both personal and professional throughout his sixty-year career. “He was capable of cutting a person down in public without mercy”, claimed his obituary in The Times. Yet Helpmann refused to accept mediocrity of any kind, and he was known to be deeply loyal to his friends – a glittering list that included Vivien Leigh, Laurence Olivier, and Rudolf Nureyev, to name but a few. But most importantly, Sir Robert Helpmann was a man in love with the theatre.

Australian actor and writer Tyler Coppin is a native of Sacramento and a graduate of Rio Americano High School . As a youth he was extensively involved in the Sacramento theatre scene, attending Sacramento State for a while to study with his acting mentor, Dr. Gerry Larson. As a teenager, Coppin was inspired to pursue a career in theatre after attending the experimental evening acting classes Dr. Larson held at St Paul ’s church downtown during the 1970’s(see theatrical list of accomplishments).

In 1976 Coppin moved to Australia where he accepted a scholarship to attend the country’s prestigious National Institute of Dramatic Art. Fellow students and tutors at NIDA include Cate Blanchett, Mel Gibson and Geoffrey Rush.
Since graduating Coppin has worked in most areas of the Australian entertainment industry, including Australian films, radio and television. He is a playwright, director, dialogue coach for films, and has performed as an actor in countless plays and productions at the Sydney Opera House, and with most of the major Australian theatre companies as well as internationally. His long list of credits include a national theatre award for his role in The 25th Annual Putnam County Spelling Bee, playing ‘Einstein’ in Steve Martin’s original workshop (and Australian tour) of the play Picasso at the Lapin Agile, as ‘Puck’ in Baz Luhrmann’s acclaimed production of A Midsummer Night’s Dream (Opera Australia, Edinburgh International Festival), the movie The Road Warrior, and as a contributing writer of the Oscar winning Happy Feet.
Coppin’s self-written solo-show LyreBird, Tales of Helpmann marks his return to the Sacramento stage after over thirty years. 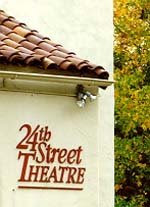 One of the many reasons we love our 90 something years old neighborhood is the community center which was formerly an elementary school built in 1926. The school closed its doors in the early 70's due the passage of a state legislated Field Act that required all schools built prior to 1937 be subjected to a costly retrofitted project to meet the state's earthquake standards. Due to lack of state funding, Sierra elementary was forced to close. In 1976 the Sierra Curtis Neighborhood Association(SCNA)stepped in to save the building which sat on 3 lushly landscaped acres from scheduled demolition. SCNA members and community volunteers began contributing generous amounts of time and resources to renovate the school. Together the community transformed Sierra 2 into a non-profit center of artistic, cultural and educational activities.

Among the amenities available at the neighborhood center is its 296 seat stage theater. It comes fully equipped with draperies and theatrical lights. A PA system is available for use in the theatre. This theater has featured many great shows in local production such as Cabaret,La Cage aux folles,A Christmas Carol and many more(see upcoming shows) It is within short walking distance from our home which makes our theater going experience convenient.

Just a half block down from the theater is Crepeville, a wonderful French coffee house bistro that offers a breakfast/lunch and dinner menu including their specialty, Crepes which can be prepared over 40 ways and served with a great selection of wine,beer and even dessert. Outdoor sidewalk seating is available as well. It's the perfect place before or after the show. A very popular eatery with the locals.
Posted by Julio Muao at 6:00 AM

What a great post!
Wish I could join you!
xo xo

Thank you Valerie! I wished you could join us too. Have a great week.