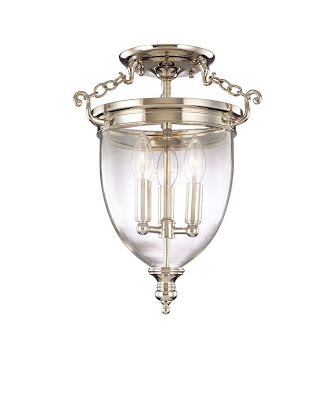 Our kitchen update is moving along smoothly and faster than we expected. We couldn't be happier with our contractor and his team. They have been ahead of schedule the entire time even with our last minute changes. I cannot wait to share the before and after images in the coming weeks. I purchased the above light fixture from Lumens which I think will fit perfectly with our updated look. The new oak top nail wood floors match the rest of the homes 86 year old floors. This was the only part of the renovation we did not like. In fact, we spent 2 nights away at a hotel until the strong varnish odor went away. It was a dusty,loud and smelly process but a necessary to get the floors to look like they were part of the original wood floors throughout the home.

This is a sample of the soft white cabinets with a antiqued metallic gold glaze finish. However, I have since contacted the cabinetmakers to ask that the gold is rubbed out a bit more for a more realistic aged patina. Brush chrome cabinet knobs and pulls to compliment the stainless steel appliances. 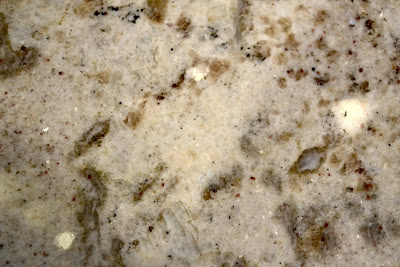 Sample of the granite for the counter tops scheduled to be installed tomorrow 9/30. Although this stone is beautiful and I know we'll be happy with it, it was not our first choice. We really wanted Carrara marble but it was more expensive and our friends and some neighbors aware that we are heavy(and sloppy)red wine lovers thought it would be a messy marriage. We thought this white stone was a good compromise. I just hope I don't kick myself when I see or visit a home with my dream marble.

A sample of the glossy white subway tiles with accent rope for the backsplash which is scheduled for installation this Saturday and possibly Sunday. 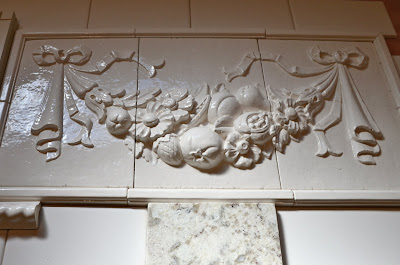 I found and purchased this ceramic high relief online from Anderson Ceramics located in Round Rock, Texas. The artist/owner Neal was very nice and accommodating to my last minute request in getting the piece to me in a week. This will be the backsplash over the cooktop. 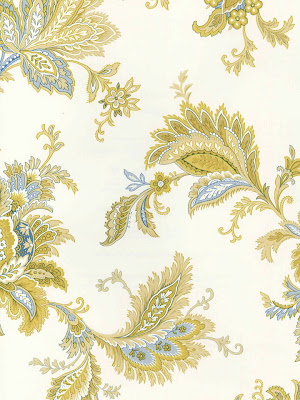 This wallpaper(Pattern#:SS21303 ) is from the Cottage English collection by Sandpiper Studios. Because of the small size of the kitchen, there isn't a lot of visible wall space which is why I thought a large pattern would compliment the kitchen beautifully. No one in our circle of friends and family share our love for wallpaper. They consider it either too over the top or something grandma would appreciate. We're hoping to prove them wrong. 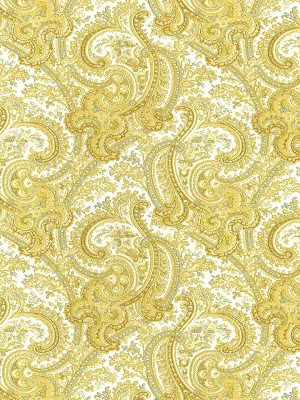 This wallpaper, also from the same Cottage English collection will be the background for the glass door cabinets below. 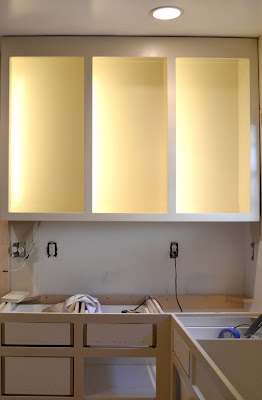 Please continue to stay tuned and visit me again for the final reveal. 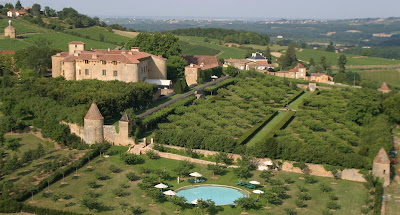 The Chateau de Bagnols is situated between the River Saône to the east and the River Azergues to the southwest in the Beaujolais region which is considered one of France's most beautiful and historically rich areas. 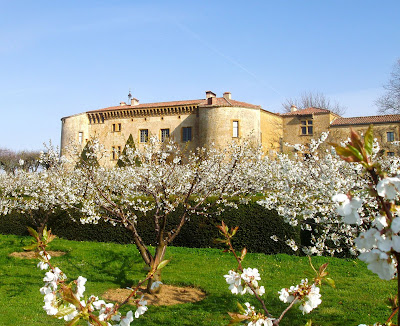 It is approximately 40 minutes from Lyon. It was built in the 1200s as a medieval fortress that offered refuge for its owners and the villagers throughout times of violence.

By the 1400s, Lyon was a prosperous commercial center and the château was embellished by its new owners, the de Balzacs. In 1490, two years before Columbus sailed across the Atlantic, King Charles VIII visited the de Balzac residence. 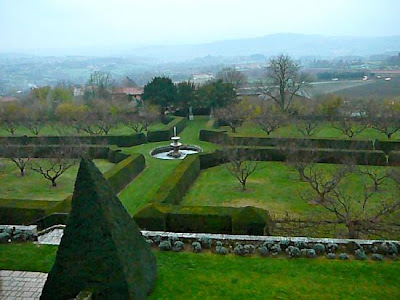 To honor the king, the royal cout of arms was carved into the stone fireplace of what is now the dining room. The fortress like aspect of the chateau was lessened when large windows were cut into the exterior walls in 1509. 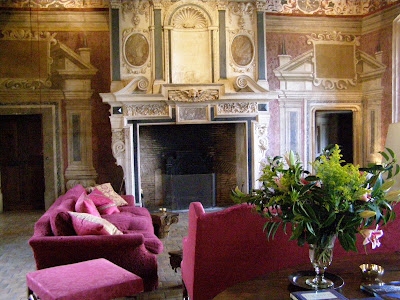 (Salon)
This change was possible because the violence of the medieval period had passed into the peace of the renaissance. The transformation of the Chateau continued in the 1600s with the addition of tapestries and wall paintings and the removal of the draw bridges.

(La Salle Gardes, Main Dining Room)
As silk manufacturing grew in Lyon, the interiors of the house were influenced by the italian artisans associated with the industry. By the French revolution, Bagnols was an elegant country estate.

(Le Cuvage, Wine Cellar for private parties)
Aside from the revolutionaries' attempt to erase the royal fleur de lyes symbols from the fireplace in the dining room, the chateau remained unscathed.

(Appartement aux Boquets, room 6)
Today, guests can enjoy the enduring historical grandeur of this chateau with its 5 star accomodations. There are 21 bedrooms with 6 apartments in the chateau and 2 apartments in the Residence.

One of Britain's philanthropist couple, Paul and Helen Hamlyn, acquired the landmark estate in the late 1980's and spent 4 years restoring it and filling it with stunning architectural and decorative details and objets de art.

(Ann Dugue, Room 12)
Of course, the luxe accommodations are not considered cheap or even reasonably priced. Rooms start at about $321.00 U.S. Dollars per night.

(Boutechoux de Chavanes, Room 16 )
However, travel enthusiasts and critics all agree the price is well worth it.