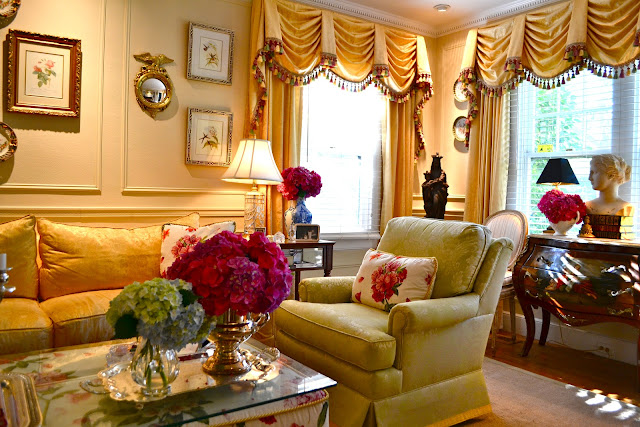 I  wanted to share these images of the beautiful hydrangeas from our garden that I brought inside for the cake cutting ceremony the boys, Papa and Little Daniel, and I had to commemorate my 50th birthday yesterday. 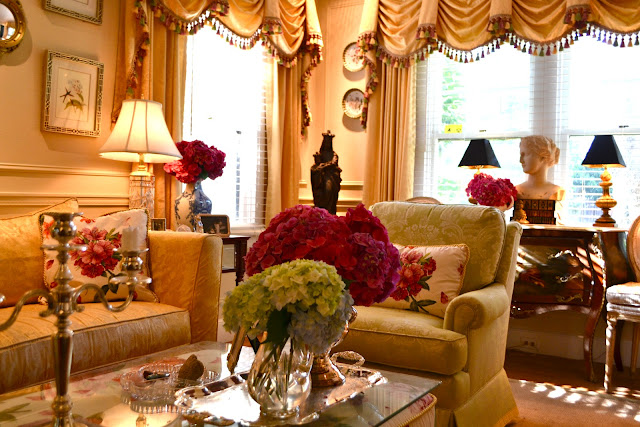 The hot pink is a favorite and compliments the floral accent pillows and ottoman perfectly. 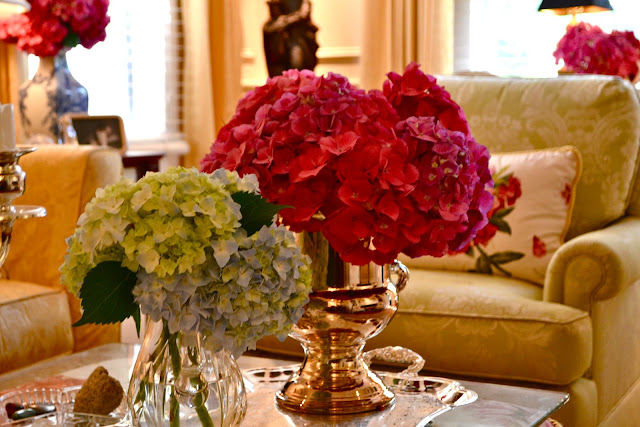 The beauty of the flowers makes it hard for me to want to do anything but sit in this room for hours with my laptop and classical music in the background. 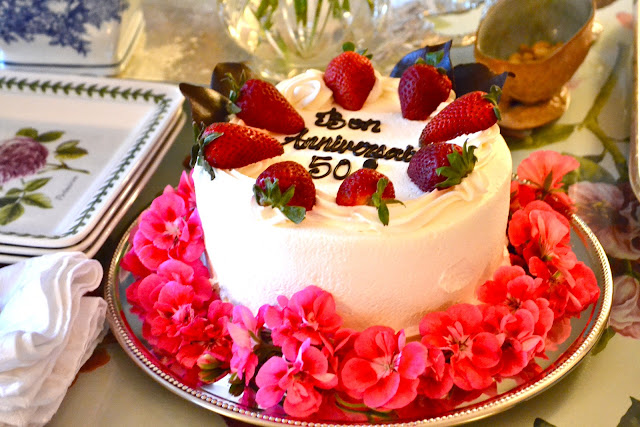 This is a delicious fruit basket cake covered in fresh whipped cream that the boys, Papa and little Daniel, picked out.  It's from Freeport Bakery which is a European bakery and local favorite. 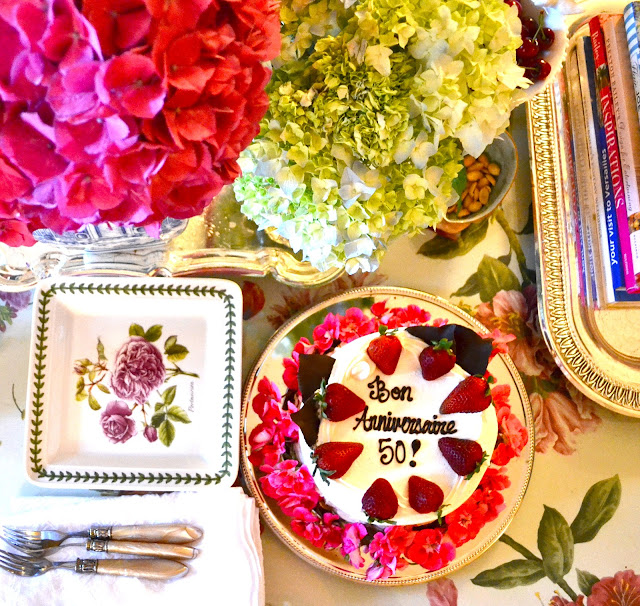 I added fresh Geraniums,also in hot pink from the garden, for a more festive and elegant touch. 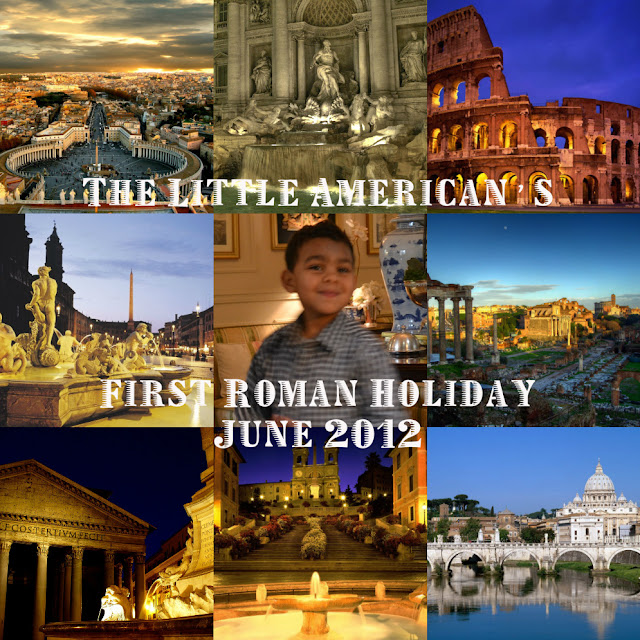 To celebrate my 50th, we are leaving in a few days for 1 week in Rome and another week in our favorite city, Paris. Of course, our little American will be sharing this adventure through his eyes. Please stay tuned.
Posted by Julio Muao at 8:19 PM 43 comments: 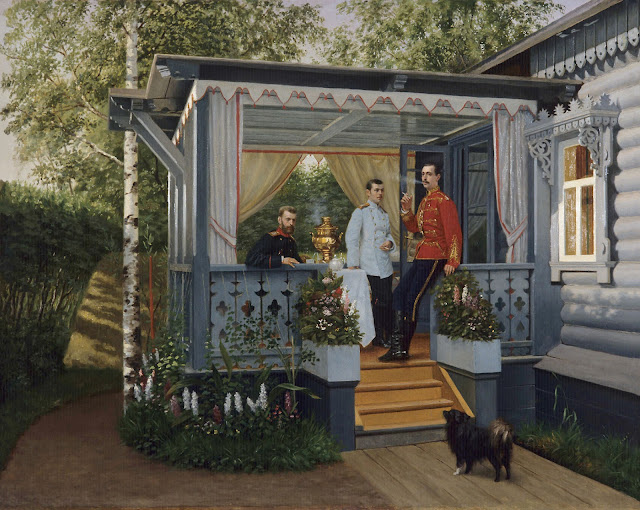 As our plans evolved to fill our small wooden house with rich fabric, ornate light fixtures and formal furniture, I kept thinking about the country home in Dr. Zhivago.
Of course, that house was grander than ours but I remember it was a wooden house in the country that was decorated in the Russian aristocratic style and called a Dacha.


The original Dacha's were gifts of small estates in the country from the Tsar to a loyal member of the aristocracy.


Well, our little river cabin was not given to us by an emperor, and it is not in Russia.  However, coincidentally, it is located at  Russian River which was named after the Russian immigrants that first settled in the area. In addition,since we are furnishing with an eye toward splendor, we are calling ours a Dacha.
Nowadays, dachas are much more similar in size and construction to our cabin.  They are owned by working class Russians as well the privileged.   During the Communist Era, the government allowed people from the cities to build small  summer houses in the country and permitted them to farm around their homes.  While the state owned the land, the people were allowed to possess their land and when the government fell privatization of land occurred and ownership followed.  Consequently Russia has one of the highest percentages of any country with its population owning second homes. 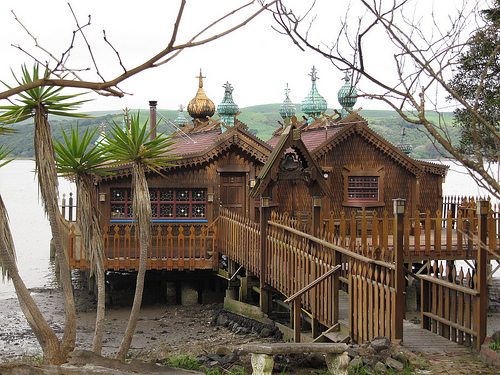 This dacha is actually located in the U.S. about 30 minutes away from us in Tomales bay.  It is owned by the Lipnosky family.

I love the aged wood patina of this dacha and its private hillside location.
Our diminutive getaway may not be a true dacha, but our goal is to transport us to what we imagined was the look and feel of the dachas of yesteryear when we open the door.  The challenge is to achieve this on our not-so aristocratic budget. 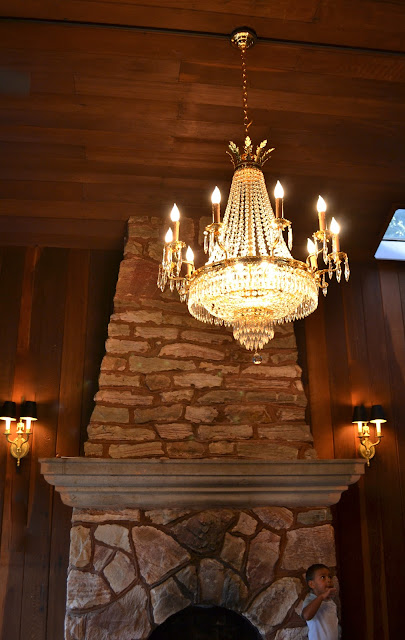 The great room chandelier  and wall sconces were installed last week.   I was a little disappointed that  the bottom crystal bowl(or half dome?) didn't drape further below the surrounding u-drop crystals.  I think it would have gave the piece a softer more elegant silhouette. 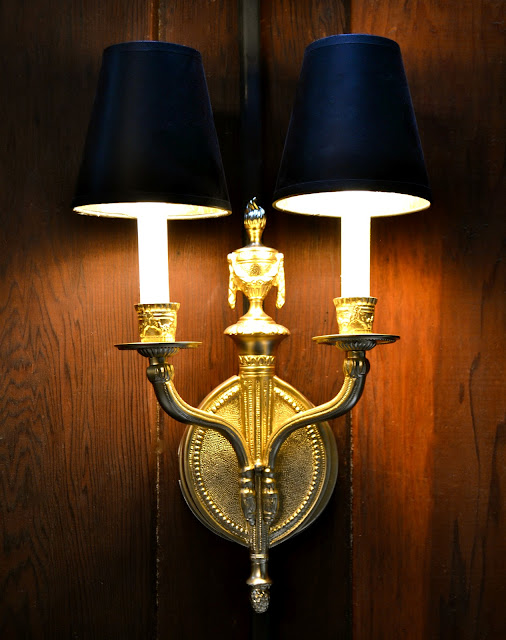 I am however, happy the way the sconces turned out. 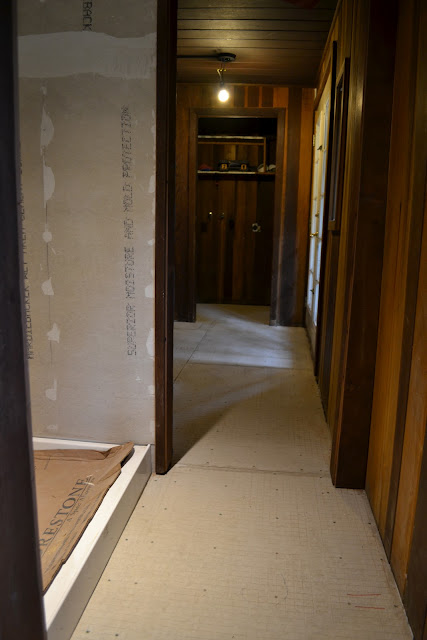 This week the back hallway and bathroom floor / shower tiles are scheduled to be installed.  Keeping my fingers crossed.  We are two weeks behind as the company hired to do the installation lost 2 of their installers pushing everyone's schedule back.  Once the hall and bathroom is completed, we can finally move to put down the floors in the dining,great and bedrooms.
Posted by Julio Muao at 7:39 AM 10 comments:

A Sweet Lesson On Patience

Just sharing this touching story that's been circulating on FaceBook this week.  Enjoy. 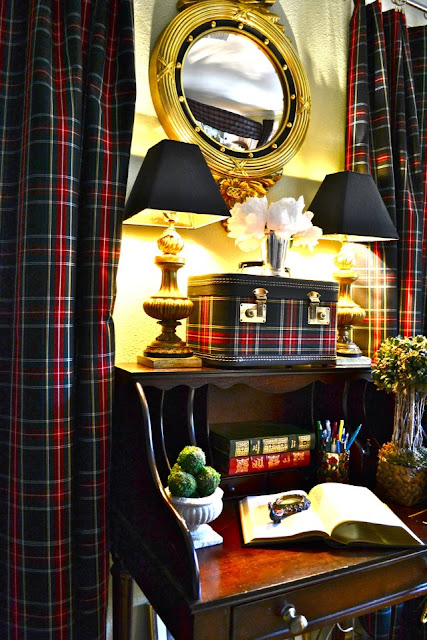 Greetings!  Thank you all for the email messages expressing concern about my absence from the blog.  My family and I are in good health.  I've been giving more of my "alone" time to the little guy lately since he seems to be growing so fast.  He will already be starting Kindergarten this fall.  Time is really starting to fly.
I wanted to share with you the lined rod pocket drapes in a Stewart plaid fabric which I had made by a very talented seamstress name Fanny.  I hung 2 of the panels in one of the bedrooms just to see how they drape...just beautiful!
I found the vintage cosmetic train case on ebay in the same fabric.
The 10 panels will go in both the great room and dining room.  They measure approximately 58" wide by 84" long.   Fanny is also re-doing a pair of lamp shades and making accent pillows for the great room in the same Stewart plaid fabric.  This will give the room a more custom look.  The porcelain tiles are scheduled to be installed in the coming days.