Initially, our goal was to move in furniture and accessories by June.  Unfortunately,we may not be doing this until later.  The good news is that after weeks of meeting with numerous contractors in the area, we found one that we really like and we hired him.   Mike Casso, owner of Russian River Construction came highly recommended by Dax and Smitty , local owners of the antique store named Sonoma Nesting Company .  Of course, we met  them while visiting their shop looking for items for the cabin.  I found a beautiful large convex mirror(shown below on the design board)which I think will look perfect in the cabin. 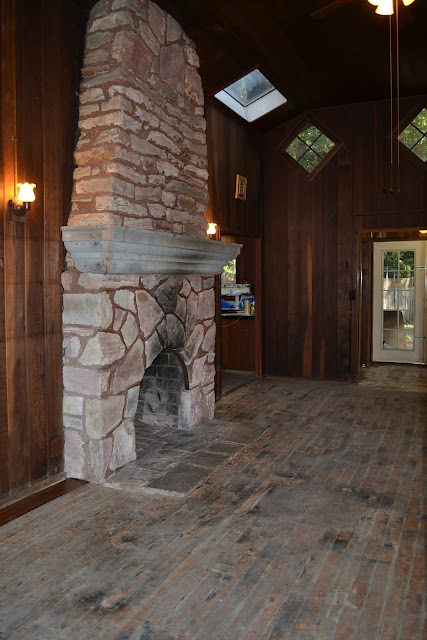 When we had the carpet and other flooring in the cabin removed several weeks back, we found asbestos tiles underneath. This created a problem and setback as we learned that many flooring companies are prohibited by California EPA law to install flooring over asbestos since it has been deemed to cause Mesothelioma. 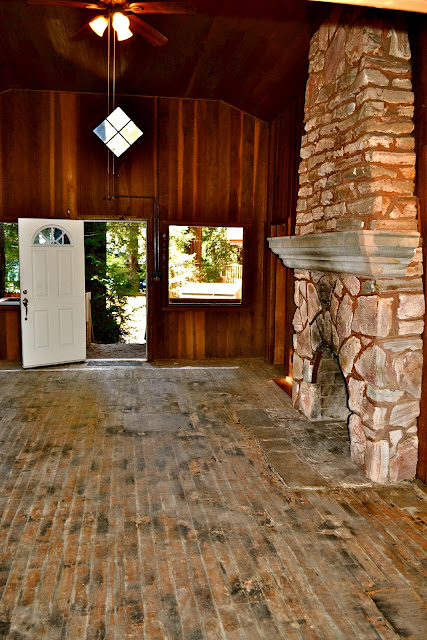 The tiles needed to be removed before any new flooring could be installed.  Once we found someone to remove the tile, dry rot was discovered on the original/sub floor. Another set back.  Now, this floor needs to be repaired and covered with an entirely new sub floor. 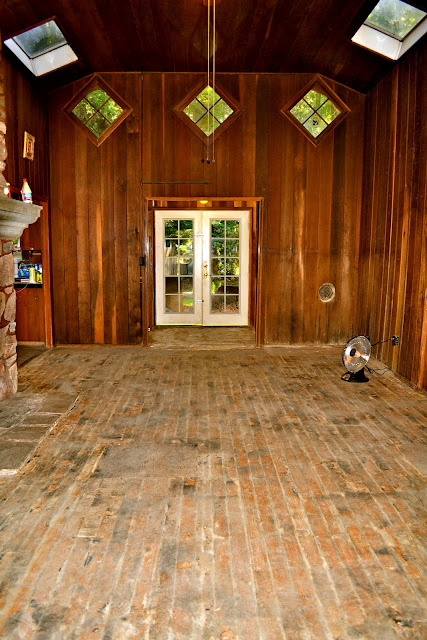 The perfectly round hole you see in the wall(above photo) on the right of the archway to the french doors previously housed the pipe to an old wood burning stove we removed.

We have finally started the bathroom demo this week.  Below are the images sent to us by our contractor Mike. 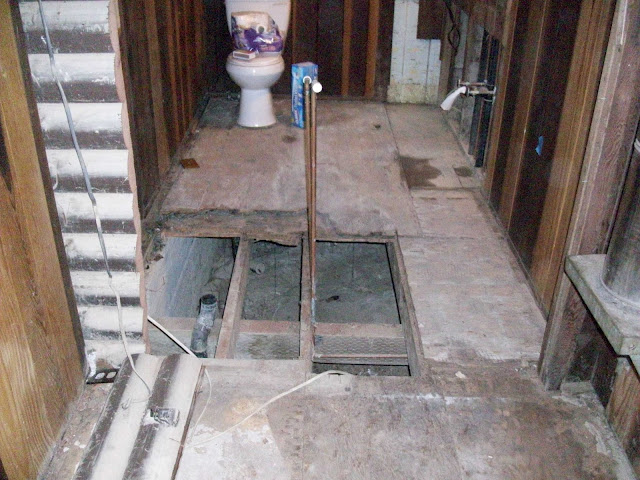 Check out the redwood logs on the wall!  These make us think the bathroom was an outhouse accessed by exiting the cabin and entering through an outside door. 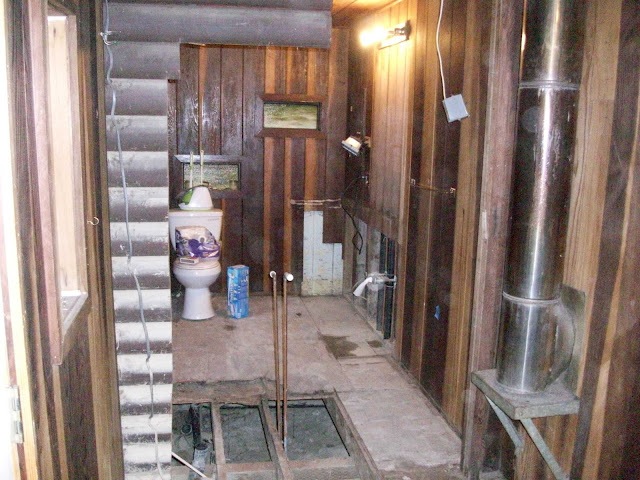