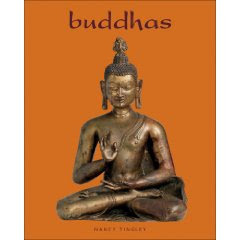 Yesterday was the opening of Buddha: The Path To Enlightenment Exhibition at the Crocker Art Museum in Sacramento, California. The lead curator for this exhibition is a good friend of mine Nancy Tingley. If you have the opportunity to visit the exhibit you should do so. If not, you can still view the entire collection and more. 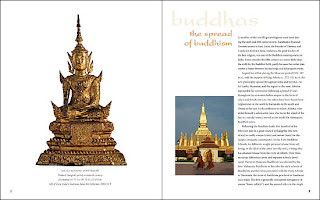 Tingley is also the author of the newly released catalog Buddhas
which is now available online at Amazon.com. It contains photos of the entire exhibit along with a fantastic exploration about the Buddha images and iconography over the past 2,000 years and throughout the vast regions of Asia.

About the Author
Nancy Tingley received her PhD in South and Southeast Asian art history from the University of California, Berkeley, where she continues to be an occasional lecturer. She was Paul L. and Phyllis Wattis Curator of Southeast Asian Art at the Asian Art Museum of San Francisco for many years and now works as a freelance curator and art consultant. Her recent exhibitions include "Ancient Arts of Viet Nam" for the Asia Society, New York, and the Museum of Fine Arts, Houston. Tingley is also the adjunct curator of Asian art at the Crocker Art Museum in Sacramento, California, where she organized the exhibition accompanying this book. Another personal reason that I respect and admire about Tingley was the strength and dedication she had to overcome being a single mother on welfare. Her success is an inspiration. 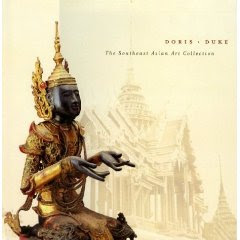 Tingley's recent publications include Doris Duke:The Southeast Asian Art Collection released in 2003. Doris Duke, one of America's wealthiest heiresses, had a strong appreciation for Southeast Asian Art. This book documents Duke's affinity for Asian art as it developed on her honeymoon and culminated in plan to create a Thai village near of her Hawaiian estate. There, she intended to share sculptures, paintings, and decorative and performing arts. Tingley's book depicts plates and figures that illustrate over 200 of the more than 2,000 objects in Doris Duke's collection, including works from Thailand, Burma, Cambodia, and China that exemplify the breadth and quality of the collection: tall, elaborately carved pulpits from which a Buddhist priest would address worshipers and monks; gilded figures of the Buddha; accordion-folded manuscripts and their decorated storage boxes; tall cabinets used for manuscript storage; offering vessels inlaid with mother-of-pearl; lacquer, nielloware, and the bencharong ceramics made in China for the Thai market; carved ivory objects; and weapons. 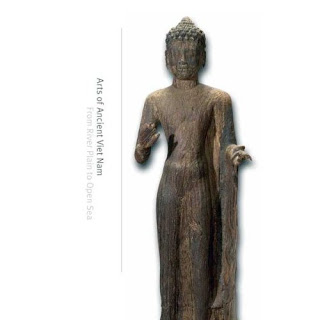 In 2007, Tingley returned from yet another expedition in Southeast Asia for another soon to be released book: Arts of Ancient Viet Nam: From River Plain to Open Sea. This work is being described as a lavishly produced catalog that will help introduce English-speaking audiences to Vietnam's amazing body of artwork, ranging from the first millennium B.C.to the 18th century. Tingley assures us it is truly her best work so far. Looking forward to the release.
Posted by Julio Muao at 10:00 AM

Gorgeous Buddhas. I have one of stone and it's a serene beautiful figure and I love looking at it, it's so calming. I cherrish it!